From Story to Story (not from Level to Level)

Was it only 24 hours before that I wrote "I will not make my reflection on a Path" tomorrow? Well during the night the speech jumped out of me almost all round, and in the morning I wrote it down. So, when I received a reminder from the Toastmaster of my speech title, project and time, I answered: "From Story to Story" 10 to 12 minutes, Reflection on my Path from Leadership Development. 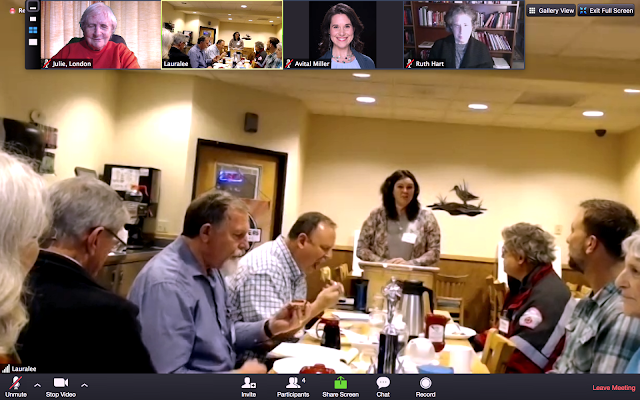 It will be early morning breakfast meeting in Oregon, they will be just finishing their breakfast under the pub. This is how I had seen them last time. Did not really see how they will see me. Nevertheless, it will be today.

I am ready. When the story jumps out "as it is" and comes without pain, writes itself, it means it is time for it. Tell it. Even if I will write it, tell it again some times, this is for now. Put it behind me and begin a new path with clean stakes.

Instead of going into this last path Level by Level, Project by Project, indeed I went Story by Story. Beginning with that of my great grand mother childhood, told in France for her 57 who where all related through her. 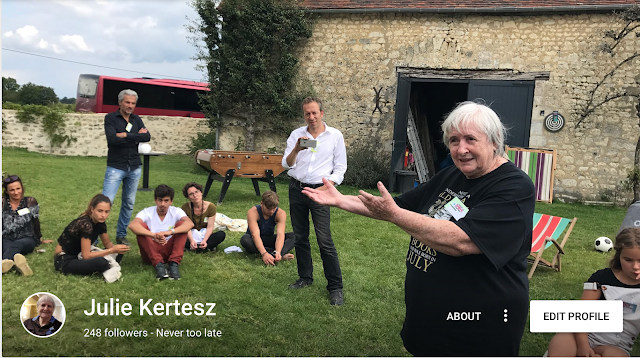 Then my father beginning his career, and how thirty years later his story helped me out and gave me courage. Culminating in a story swap festival with 15 storytellers, some on the same room others from the huge screens: from our club Witty Storytellers coming from all over the globe.

Well, then I made a difficult decision and added the Lessons Learned (immediate after an important event) to top it before Reflecting on it. That was the only one not a story: I was too near the event and too preoccupied by details of the learned lessons.

I hope, today - I have still a few hours to rehearse and tweak it - we are 8 hours ahead of Oregon here in London, it will be a story. Not telling of all that happened in the last half year. Telling what happened can be boring, a story never is. A bit dramatized perhaps too.

Instead of Level to Level, Project to Project, dedicate a path to a single goal and theme, was Paul White idea so we all went on our different path with the same pleasure. Inspiring each other with how we did each of us, getting together from June to December to finalize together the festival. So indeed, you can go from Story to Story on a Path, does not matter so much which, even if some as Leadership Development and Visionary Communication are more ready for it. The first leads to creation of a greater event, the second to change. Both accomplished our goals, in our way, but yes, both Story by Story.

Tomorrow, more about how it went and I hope this time it will be Recorded. Tomorrow, also more about a wonderful book I just discovered.
Posted by Julie Kertesz - me - moi - jk at 08:58

Julie, it is indeed a fun post. Thank you for sharing. Just a little comment from me on stories. I don't always feel like telling a personal story as there is so much to learn from others. Is a story not a story, irrespective of the source? I think it is. I admire you for sharing so much about your life. At times I feel like protecting my innermost. Don't you ever feel like that?