How long time to finish the 5 levels of a path?

How long does it take to finish a path?
It depends on us and our effort and time but also how many clubs we are in.

Here are two examples. I begun Effective Coaching in June 2017. Did finish it end January but got the award it only in March, when my region launched Pathways, as I reserved L5 for that occasion. 7 month real, 10 on paper. 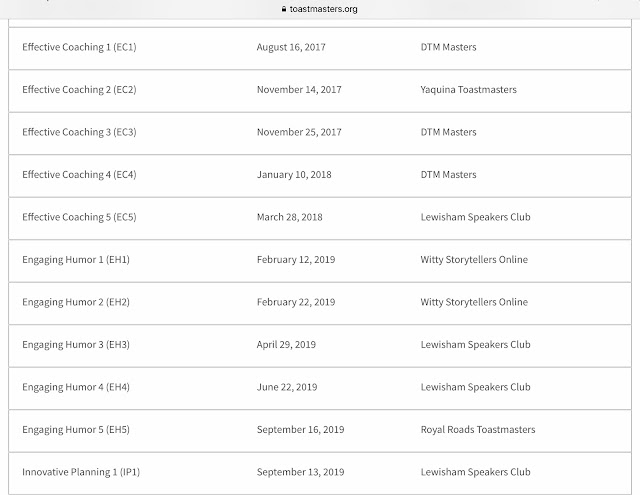 As for Engaging Humor, the last path I finished, I begun the week it come out, in February this year. It took 7 ½ month. If you look at the actual dates, you can see that the first three Levels went relatively fast. 3 month: I am in 5 clubs and visited three more.

Then I was anxious about the challenge of the strange table-topics to answer and hesitated, April to June. Almost same but not quite for Level 5. But finally got it! About 7 month to finish the last path. 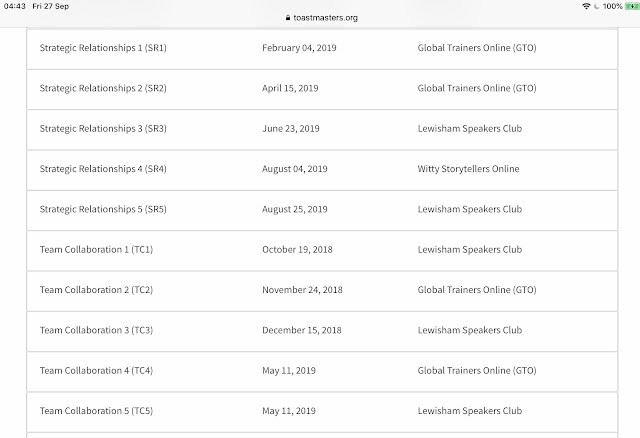 Team Collaboration, I offered the Levels in 3 clubs, was member of 4, I begun TC in September 2018 and finished May 2019. Also about 9 month to finish. It is not always easy to collaborate, to create teams.

Most of the paths I have done, took about the same time. Less then a year, a bit more then six month. I show here only two of my seven finished. Usually, I did have three paths I worked on at the same time. And remember: they were my paths, not the clubs! I did attribute the awards to the club needing it more. I spoke in many clubs for each Level.
Posted by Julie Kertesz - me - moi - jk at 05:43