Reflections on my path, but more interesting happened! 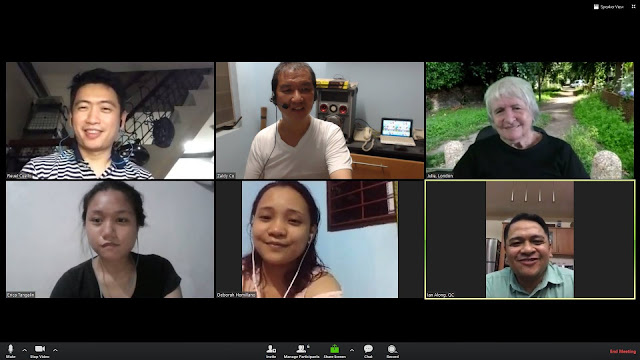 The Emperor Online Toastmasters Club 皇家雙語网演讲会 invited me to speak and give the Reflections about my path, and I did it Friday (noon time for me and 9 pm in Philippines and Singapore). I was present with my path - the alley beginning from my street behind me. 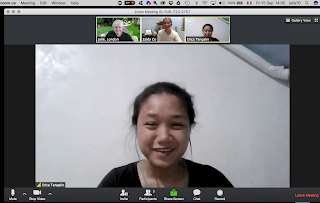 For Erica it was her first ever online meeting. Zaldy, my fellow Firebirds and Witty Storytellers member is the president of this pre-charter club, from Manila  also gave a Pathways speech from the level 2, My leadership style. He mentioned at the end Improv books from which he learned to tell instead of NO, the "Yes, AND"

Really have to try that from now on. 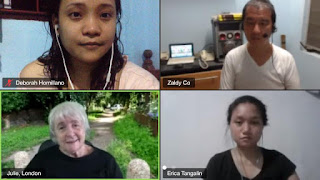 As you can see, here is Deborah whose connection was not ideal at the beginning, Zaldy, me with my PATH in my back (an alley not far from where I live, off my street) : this shows me speaking, and Erica listening.

As only Zaldy knew about Pathways, and studied now for a while, even before it arrived to them, I did change a bit my story. Also added a Q&A part at the end that was very useful. It showed me I succeeded to inspire them. 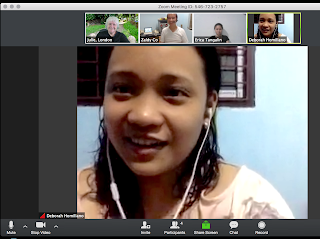 And here is the "hero of the meeting" as I see it. Deborah Homillano.

Deborah mentioned just as a side issue: "We had a powerful typhoon here 3 days ago, in Philippine's Quezon province. We're really fortunate that the electricity's back this morning. (and we back to work, haha)

What a resilience! For me, she was the real hero of our meeting! so few days after having to swim out from the house with water till her neck, and swipe the mud from their office and house, electricity just restored a few hours before: She was present in an online meeting. And mentioned, "I even have photos of it on my iPhone"

Show us, I asked? How? Then Ian Along, also at the meeting (a Firebird from Manila) showed her how to show the screen and connect to iPhone, and Deborah did it! Here are some of her wonderful stunning pictures. 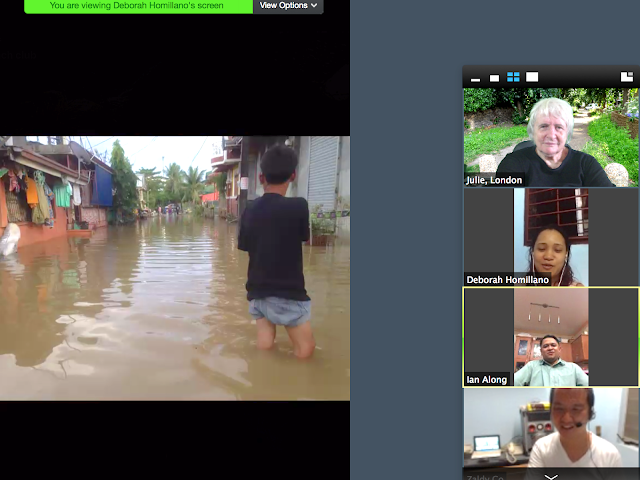 This is one of my favourite one, but there were a lot more. Interested? 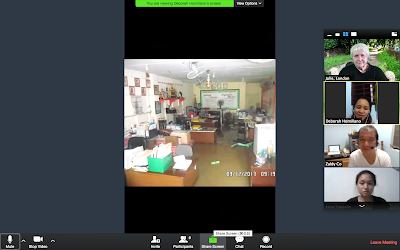 In this one she shows her office with water arriving almost to the papers "this green box is my table".

Another picture with cleaning the mud that entered already a day before only.

All the time I thought "and she is already here, with us, online!"

We can hear about the Typhoon that happened to them, almost as we were there, all the way, from London! Because of her resilience and because the Online Toastmasters club. 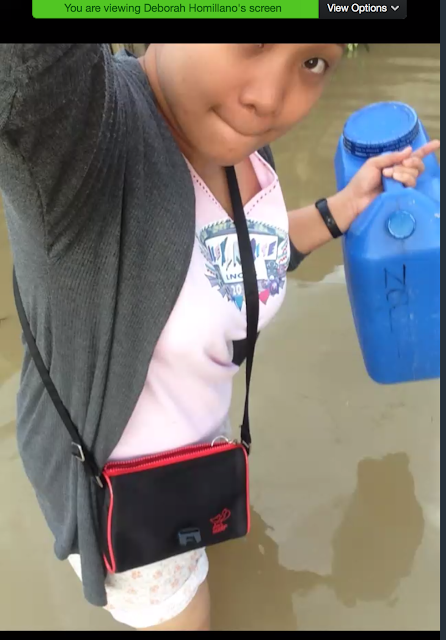 and here is a self photography with Deborah still in water

And I will leave you with the picture of her shoes, where they landed in the flood brought by the typhoon in the province of Quezon. We did not hear a lot about it. Well now, it is done. 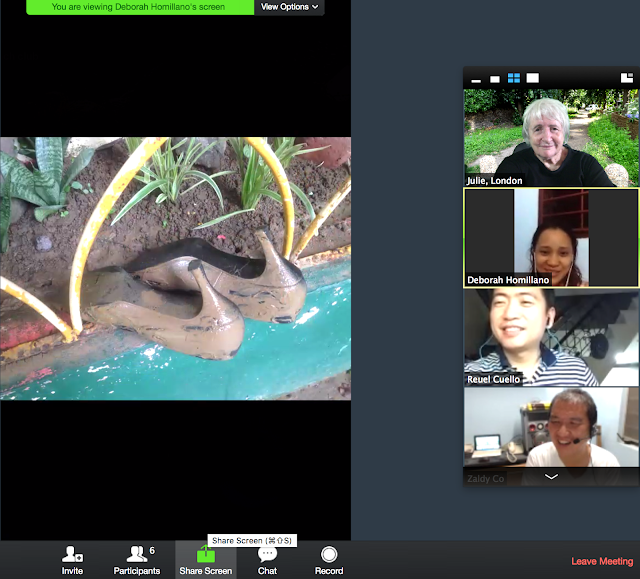 Later, it was me showing some of pictures from Paris, that the Emperor Toastmasters Online Club published too.