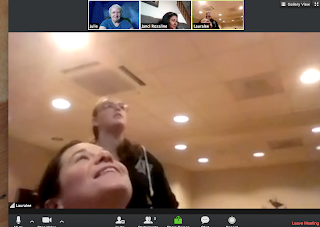 Yesterday, I joined a joyful morning club, already in Pathways : Yaquina Toastmasters in  Oregon. Yesterday, it was their first time that someone remote spoke "from the wall" their television was, and it was a pleasure to see the joyful stunned enchanted faces as they come in the room and looked up: seeing us. And of course, also because their work to set all up, did work.

Later, they put the camera so we could see well the table around which they sit taking breakfast. I would have liked to drink also orange juice! The joy and pleasure of "first time" can not be forgotten. It remains with us. So many first times in life! Even after you are 83 as me.

For me it was also the first time I joined a club and Toastmasters believed I am new member and asked me to click, listen to a short video, told me what pathways offers, then directed me to chose my path in the Learn more.

I do believe the questions to chose a path changed, improved. And I was prompted to begin with Dynamic Leadership. Good mach! 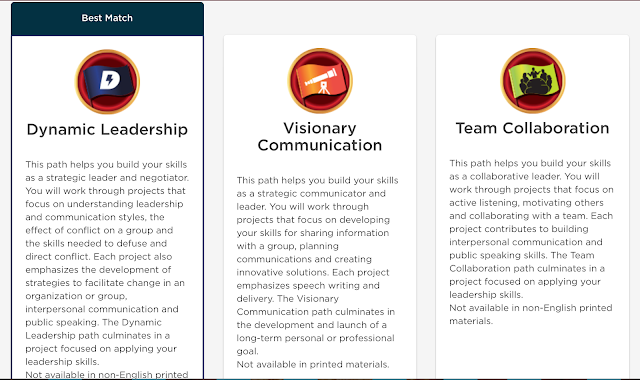 I would say even all three where good matches. But it does not really tell the whole story.

So I went fast to my Path and Projects PDF, found from D57 website, and, as I have already completed the Visionary Communication, great, I looked up: what is the main project of Dynamic Leadership and of the Team collaboration Level 3 and Level 4?

Here it is what information can be found in PP as I call it, about Dynamic Leadership Path. 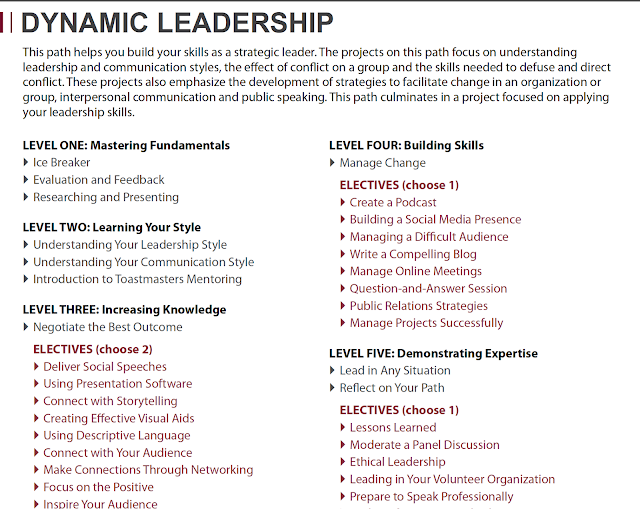 Negotiate the Best Outcome, at level three. What does it mean? Click on it lead me to this: 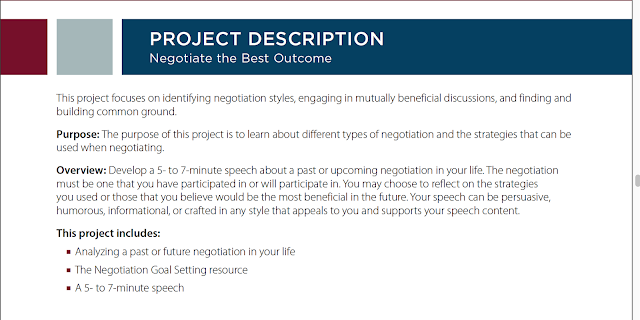 "Learn about different types of negotiation and strategies used. Tell a story about a past (or upcoming) negotiation in your life. May be persuasive, humorous, informational or crafted in any style that supports the speech content."

I never studied the different negotiation strategies, but they come to me from my father stories. My father was a master negotiator. From the beginning as travelling salesman to the international negotiations he held, he used stories, he used humour and, some other tactics more subtle even.

After he died, and returning from Washington to Paris, I remained without work at almost 50. That is when I discovered stunned, that many stories he told me could be applied to my very different type of selling: distributing personal computer related hardware and software, discovering them in America and bringing them back to France where I lived. Selling them to huge shops or tiny ones, and even sometimes, to clients who came directly in our shop. Best, I discovered stunned, that I liked negotiating, buying and selling and even bargaining!

"I was never a Dealer! I was a Distributor"... humour I use in my Standup comedy, some times.

Yes! I could tell in this Dynamic Leadership path about my father; I could tell about the beginning of the Personal Computer industry and Apple Founders, and the company if founded at 50, the BIP Personal Computer Office as I called it because B bureau was at the beginning of alphabet, and in expos often followed A apple. I will chose it as my next path, after I finish those I am now on.

I could use almost all the Dynamic Leadership path, while learning new techniques and strategies, and applying them, to tell so many tales of my life. And those tales could one day help someone else.
Posted by Julie Kertesz - me - moi - jk at 07:56