Zoom is a meeting platform online or remote access. It does allow for setting Background called Green screen, from Filming times. 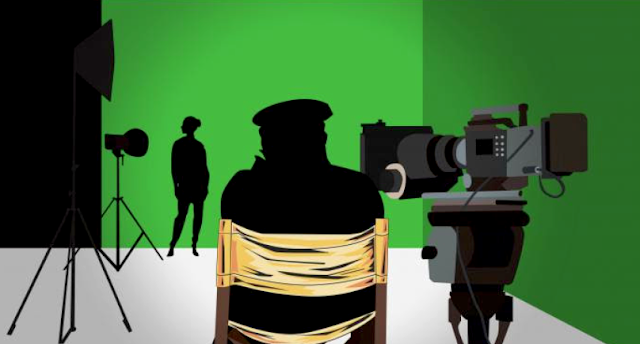 This is how they used to prepare for a "serious" filming, and after the actors played. They would instead of green add Paris or Venice or a Sea scene behind them.

For the zoom, I still had to put a green tissue on the wall behind me, then sit a meter farther to make it work best and have the least shadow possible. Using one light source put as far as I could so it does not bother the walk in and out of my living room. About 2 meters far in 45 degree from me. I learned, that light near me does not work, nor if they are two different kind of lights illuminating me and the screen.

Then, I allowed in the setting "digital background" from Advanced Features, and tried out at least 30 different backgrounds and made an album, still in my flickr with 50 of them I believed great!

As I am an avid photographer, it was not difficult to find images, that I thought it would be ideal. Flowers first, palm trees, my own curtains from my room in the wind. Inside, outside, I tried all. But finally, I got to the conclusion : as usual, simple is best!

I remembered, the same happened when we got the first time, different characters. We did play with them and put 5 different ones in one page of text. With time, we learned the truth: simple is best! 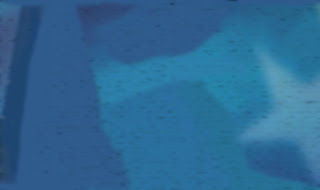 Nowadays, I use this blue background, very simple, and not coming in the way of what I want to do or say, with a blue teeshirt on me. So my face, white hair and arms are the only one really showing. It does seem simple, but I shine in it.

I "borrowed" this blue from Macron, the French President, while he spoke about his vision of European Union. He stood out so well in that television background. 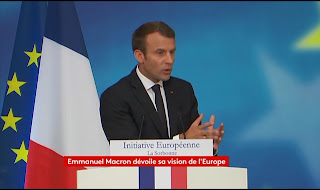 I took out first him, using Adobe Photoshop Elements, so I can come in instead when needed, then added blue also instead of the the flags, transformed all to different blues.

One can still see some traces which in my opinion make the background only seen as more natural.

Two month ago I presented what I learned about the use of Zoom "green screen": How to change the backgrounds and show any pictures you have taken behind you, on a green tissue bought from Amazon, now nailed on my wall. 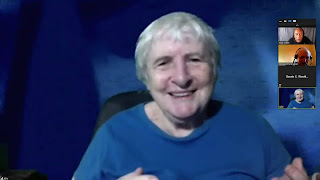 The "to do" and "not to do" to make look them good. All I have learned at that time. They gave me 20 minutes. I prepared a slide show, presented it for a funny Pathways project "Difficult audiences". The planned (but not known by me how) interruptions helped to listen instead of coming in the way.

Difficult audiences project, can be a very funny project to play in any meeting!

This Sunday, I will present to my club Firebirds Collective another aspect of the program, "how to use Zoom screen-sharing". I can not attribute it to any Project I am preparing now, so what? I will help those who need it in the club. I do use it often nowadays: it does help me to coach or mentor, to understand and make understand.

Some use Screen Sharing, to present a prepared slide show, I do it mostly to share what is on our screens or take them to my Base camp paths and projects. For trouble shooting and for demonstrating. Taking it, each in our home, from afar.

Now, I have to sit down and prepare the scenario for the 15 minutes I was given. I learned already, not to forget any beginning, setting needed to use it, so all can follow and do the same later. In fact, that is the beauty of showing something you just learned! As with time, all the firsts pains are forgotten and no more mentioned.

We do have to show the first steps to be able to take all with us on the road. The path we went through.
Posted by Julie Kertesz - me - moi - jk at 07:07