Awards compared? Why and how?

I did write, did I not? that the Leadership development I did not go 'project by project, level by level' as it felt as if I went through it "story after story". 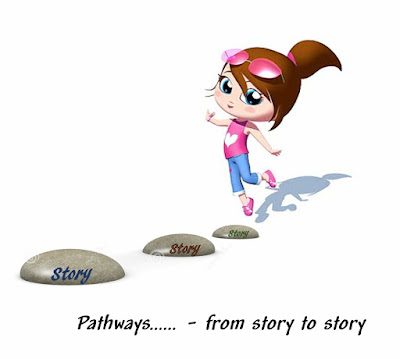 Parallel with Paul E. White who used his path Visionary Communication also to progress Story by Story and designed this image you see above. Going through a path with a theme and an end goal, so much more interesting! 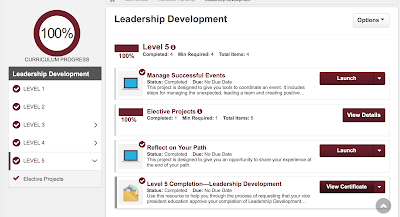 I have finished the Leadership Development Path, the one I did chose very wisely - finally.

The Level 5 was approved : I even got a letter from the "President" congratulating me of it. Even if he is not aware of it.

I wanted to verify if the Path was between my awards as Level 5 of LeadDev completed. Not yet between my awards in Profile, but already yes as a badge in Base camp. It is winter break at the Headquarters and they implement new features at this time. From the Education I got an answer sending me ALL my Education Awards.

Perhaps, it is of interest to know. From 2009 January to 2016 December: 14 awards. Some leading to my DTM in 2013, then again CC twice more and then up to ACG last December. I begun April this year with Pathways. In the 9 month, I got 17 Awards (the 5 levels three times) and two more from another path that still waits. I am not running for awards but for those interested, here it is what happened.

Of course, sometimes, only 3 speech in a Level instead of 10 is faster, but other times, the project did take a lot more time. Did I have more time? Perhaps, the truth is the new Educational Program did stimulate me. Did push me also to read more books to complement the already deeper knowledge, to understand better others. To dig in, to spend all my time in it.

Those three badges with images are completed paths. Leadership Development last, Visionary Communication the first, Presentation Mastery in between. And those with numbers show how many times I got a Level. Four times Level 1 and 2 and 3 then 3 times level 4. In fact, only I can see theses badges, and usually do not even care for them. Well I did when I finished my first path: even put it under my emails!

VC is a telescope, see farther. PM is a mic to speak through. LD are teams and meetings you create. The Dynamic Leadership is the next path I will have to go through, one by one, in this image it shows "just activated". Still reflecting what theme to use through it.