With my third path now behind me, and two inside my Education Transcript, it is time for me to stop. Stop and reflect, what if I knew all I do now? The projects experience did help, so did my fellow toastmasters! Interacting with the Pathways Comunity, gave the highlight for my last 9 month. 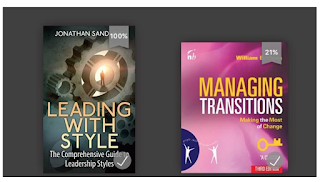 Add to it the early discovery  of the book I needed, Managing Transitions, that I found first through Kindle, then I did buy it also as a book to hold in hands and show. Underline and go back to the highlights again.

But looking back, I see now that before it already, the Evaluation and Feedback project enchanted me. It come also in good time, my speech fall around Eastern Sunday, always a special personal day for me. At almost age of 25, one beautiful spring day, we went to the market with Alex, the future father of my two children. I remember everything we did buy there for lunch before we took the bus all the way to a small forest. I remember the kisses and when he invited me to "rest" at his best friend place, a small room in the attic "I have the key" he showed me. That day I was ready and determined. I will go all the way, if he ask me again.

Home early, I looked at the mirror. Nothing seemed changed on me. It was later that being a woman made me flourish and smile differently. It was also a time of many other deep transitions in my life. I was named "Enemi of people" by rhe Communist regime of the country and have been forbidden to work, I have been stopped just before my last exam to finish my studies. I begun to learn, home French and six month later, English. And it was time for me to do something without my father approval, too.

Transitions in my life, then. Transitions around me with the new Pathways Education Program. I had a lot to say, and found new ways to remember and say them. Telling twice the same tale, improving it, seemed normal. Yesterday, I received a letter from Doug Lipman for his TEDx talk, he rehearsed it, letting it grow, 50 times. Walking his talk.

I also told 100 times some of my repertoire in standup comedy clubs, but it was before the whole audience each time. Only perhaps 20 were same, at the very beginning, after it, bored with it, begun adding in the middle, and rarer even at the end, as all standup comedians do. So repeating a story twice seemed normal to me.

Wait! I did from then on, repeat many just for pleasure. Not for advancing with a project. And I just read, recently, that one can give again any already given, if one wishes. Also chose more then the minimum between the elective projects. So, they did not "count" ok. But we can do them any time we feel like. Here goes out of the wind the argument of some veterans "before I could give any speech I needed or wanted, just chosen from one of my manuals". Well, one can give the same, after Icebreaker. "Any style any speech from 5-7".

From the first research, I wanted to know more about Pathways and Transitions, and decided to combine them. Today, having finished my third path, I am still there. Continuing to link and embrace Pathways transitions and help it any way that depends on me.

If I knew then what I known  now, my paths would have been probably smoother, but I would not be able to help and understand those needing me now so well.
Posted by Julie Kertesz - me - moi - jk at 12:32