A woman place is in the House...

I had a tee-shirt, found in Washington DC, in 1977: "A woman place is in the House" it said in front. Then, in the back it was written "And the Senate!"

We were at that time, very few women Toastmasters, the very reason I begun to go to a club the first time. Over the years, more and more women come in, but so few won at the International Contest. This year 4 from 10 where women, and the first three winners: Women! Not "housewives" but women who had hard times and overcome failures and heart ache, got wounded emotionally and got over it. 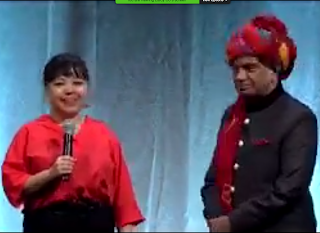 The first to come in Contestant number 1 was from China, Sheri Su and made all laugh after laugh. She won the second place.

The third place was won by Anita Taylor "It is what it is" and this time the advice was asked not from "mother" as men do but from father!

The first place was won even less "conventionally" by Ramona Smith with boxing and telling "I will find someone from so many attendees", well that took me back to my joining!

I will for sure look again, after I let it soak in a bit, to all ten finalists. I adored at least 7 of them, and could learn, something from all. As a member and president of a Storytelling and Humour online club, I am looking always for great examples, and yesterday from Chicago many come to us. 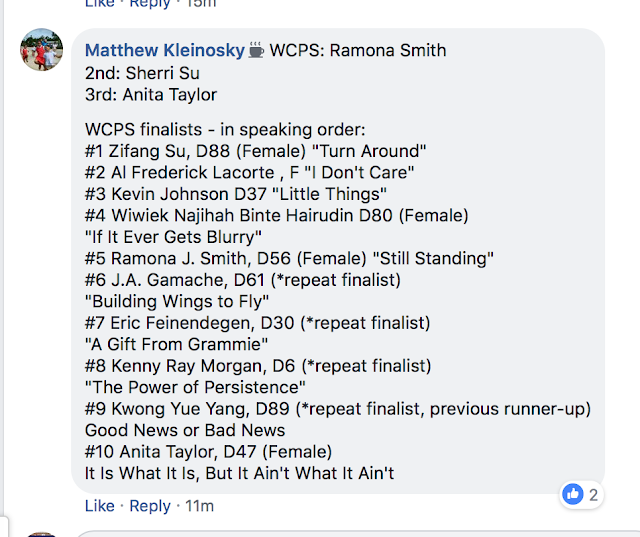 And our International President is a Woman too, plus more woman got into Board of Directors and as Regional advisors.

Hoping, the Humor Path will arrive to us sooner not later, but meanwhile, will dedicate my French Path to Paris stories, preparing anyone to the 2020 Paris convention. Listening to the contests, my next 3 minute Social speech wrote almost itself. 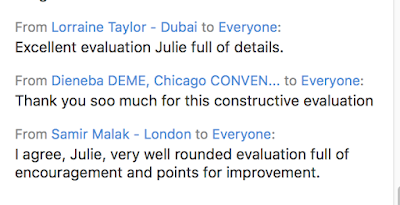 Today, I was evaluator, at the Firebirds Collective meeting and was told by GE and the Zoom chat too, that my evaluation was very specific, both in commendations and recommendations, these lasts wrapped inside appreciation.

That is what I learned by repeating the Level 1 Evaluation and Feedback Project again and again.
Posted by Julie Kertesz - me - moi - jk at 10:57