Toward the Pathways DTM, which I described in THIS POST, one of the roles to complete was club Mentor. As I was already Sponsor to an online club a year ago, and did not use it, and also committee member for more then a year in more then one club, the Club Mentor role was needed.

Two paths, I have finished a while ago. I just have to choose between my 4 completed.
District role will be my Ambassador or my Guide role, that I will get in a while.
The DTM Project still waiting for me, but now I am nearer to find what will be. 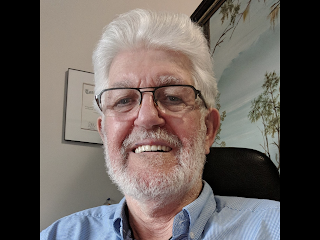 Brian Dodd, DTM three times, and President of Royal Road remote access Toastmasters, was my Pathways Buddy for long time, and I was one of his clubs first faithful returning visitor. Have given many speeches in that club as well played different roles.

We had from the beginning, the same enthusiasm about Pathways. Trying to learn as much as possible from the beginning. We told each other what we learned, and went last year in March to the same club in the second pilot district.

It was his idea for me to Mentor his remote access club from London to Canada, a great club that got low number of members at the time, and he did fight so even from beginning that I could be named club mentor.

I tried as Amber, the second club mentor, too, to help as much as I could, sending the club Toastmasters, some of them becoming members and by helping members getting into Pathways, plus, coaching others when they needed help with something I knew. They did not only got 5 new members but also Presidential Distinguished by end June.

Thanks Julie, I shared this Blog on Royal Roads Toastmasters Facebook page. You worked tirelessly in helping us, not only becoming a President's Distinguished Club again, but in helping us becoming a strong Hybrid Club.

Our journey in Pathways is not over as we have both taken on additional clubs as Pathways Guides. Also your Blog and my weekly Zoom meeting for Base Camp Managers, not to mention that we are close to getting our Pathways DTMs.

I think you may well have been the first online-only Club Coach in District 21, and yes everyone she is now a member too. I was probably the first Club Coach to a 100% Online Club in 2017. With the help of a co-coach and the hard work of the few members, they went from 5 members in Feb to 34 by the end of June 2018. I received an email of appreciation from their incoming President for 2019-20. I will always hold Buddies up as a great and diversified truly international club with members from all corners of the world.