Easier to have awards in Pathways 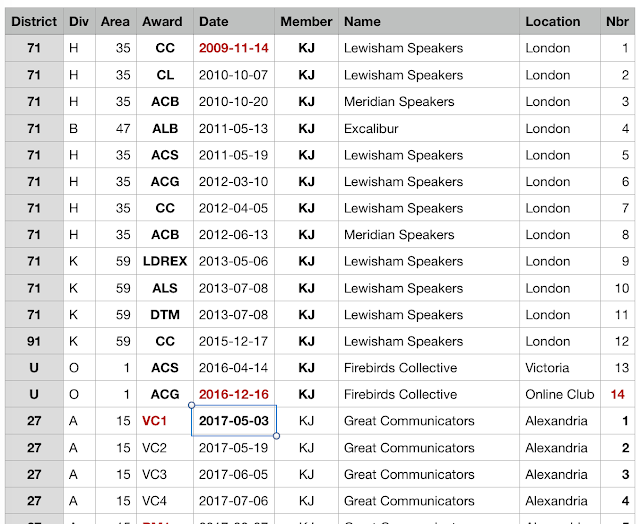 Lewisham Speakers and Meridian Speakers are near me, Excalibur is London's Advanced Speakers, then Firebirds, my first online toastmasters club.

The 2017 Beginning of May, I got my first LEVEL 1 award, in Great Communication club, where I joined remote access. District 27 was the second Pilot district for Pathways. Three awards (potential triple crown) obtained that Toastmasters year, that last till end June. As you can see, my first path I went through, was Visionary Communication, VC.

Then, finally in June, I got the Presentation Mastery Manuals, printed. I also bought the Effective Coaching manual for my new club, DTM Masters, did not know, that I did not know yet that I do not have to have new paths for every club. 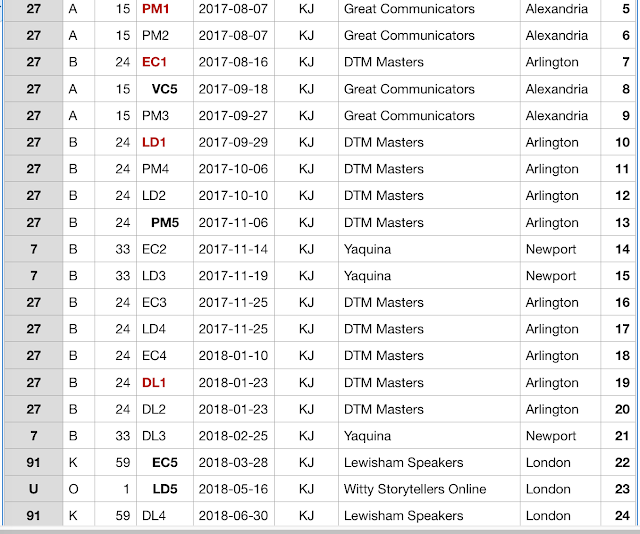 At the beginning of 2018 begun DL. Declared finished EC for Lewisham Speakers as soon as the Pathway arrived to the Region, and the LD finished, as soon as it arrived to my online club. Both were finished before, but wanted to "gift" my two principal clubs. 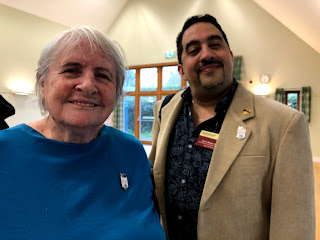 This is from this last Toastmasters year, that will last till end of June, but even if in different districts, most in Undistricted clubs I am member, some in District 91, I got 15 awards, more already that in all my first 8 years.

The first Triple Crown, for 3 awards a year, I just got in my hands from the District 91 ! District 7 also offered me one, and it is in a TM pal's home. Others say "come to the district conference".

Here we obtained our Triple Crown together at Division Contest last week, with Samir Malak.

At the beginning of the last year, we went to Area 35 clubs together, Samir as Pathways Guide and me, as Pathways Ambassador. Before that, I invited him to the Firebirds Collective club, and as VPE he asked for Awards and there is where my last Traditional Education program, AC Gold went. He also lives in London, but we meet more often through Online club meetings. 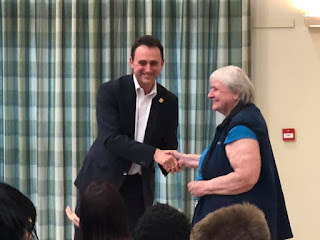 Here is the special moment, where finally I got my Triple Crown for the four pathways awards I obtained or attributed to the Lewisham Club.

I gave a speech that I published yesterday, telling that I am more happy that I got almost all the club "in" pathways: one last told "yes" last week but did not yet "have time" to choose his path.

Helping others to progress, to understand, to grow, is more rewarding finally - for me - then the awards.

In all case, there come faster, and that was one of the reasons the Levels where created, if not the only one.
Posted by Julie Kertesz - me - moi - jk at 00:30