Fast to get Triple Crown with Pathways?

I hesitated to go to the Division Contest held in Oxed: not next door for me. Walk, a but, no less then three different trains and walk or taxi again. But when I was told that Zariya who took six month ago at the same place and conference a video of my Pathways Presentation, will deliver the Mystery Speaker speech for the Evaluation contest, I decided to go anyway. 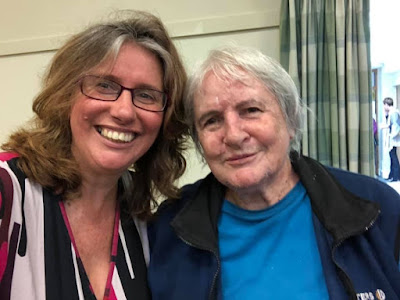 So happy I was there and seen her telling! And got a video for her.

With taking taxi to the first train and from the third train, I arrived late but did hear the last three contestants, between them one was from my London club.

So happy I went!

I met someone telling me how much he learns from this blog and uses to find answers to his club members.

I met old pals and made new one. Networking, I may use for a Project even. Then, suddenly the District Officer, begun after a short speech to distribute Triple Crown. 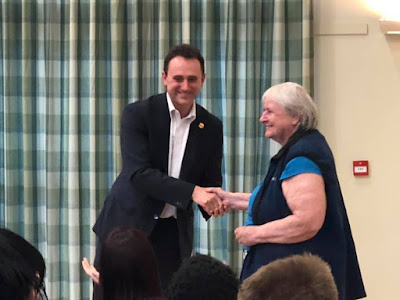 I also got one!

I did get two virtual Triple Crown already, one District 7 and one District 27, for the Levels in my Remote Access club’s the year before, but none in my hand.

This now is on my tee-shirt.

And after the Evaluation contest, the attribution of Places, we got to pose together again,
Here I am with Samir, Pathways Guide, we were together visiting last year club after club, me as Pathway Ambassador. We got the Triple Crown as we were progressing fast in our Levels, each for our clubs in the same Area. 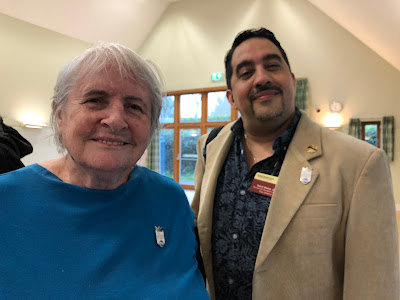 We are also together in one of my online clubs, were I invited him a few years back and he is now there Imediate Past President, head of the nomination committee.

I took (and other of me) many other pictures, I only add them hear to show you my joy.

I was fairly tired at the end of the contest, but it was worth it!

And our club contestant took me home with his car, no more three trains so I arrived in time - just in time - to our online meeting, where I was Ah Counter and Video monitor, and got to hear Samir speak too.