Listening to him makes me very humble and reminding me how much we have to work creating or cocreating with the audience each of our stories and each of our telling too.

TEDx talk : by Doug Lipman a Master Storyteller and coach, not only have studied his book a few times since 2009, but also followed a few of his online classes. And lately, we one if his many listeners, before this TEDx talk.

Rapport with the audience, connection, opening up and being vulnerable. Being in the moment: in the story moment and with the listener in the room. Letting them cocreate, imagine. Changing during the telling as we get more (or less) confident during telling as we react to those in the audience and remember and change - a little - our stories next time.

It also answers to some who think, we have to move from one place to other. He does move his arms and has great mimic but stays in one place. We are with him inside our mind do not have to see him walking on stage.

Not only show and tell about one Project : Storytelling, as I believe that it is how we could and should tell or at least streamed to tell, all of them. Above his book. 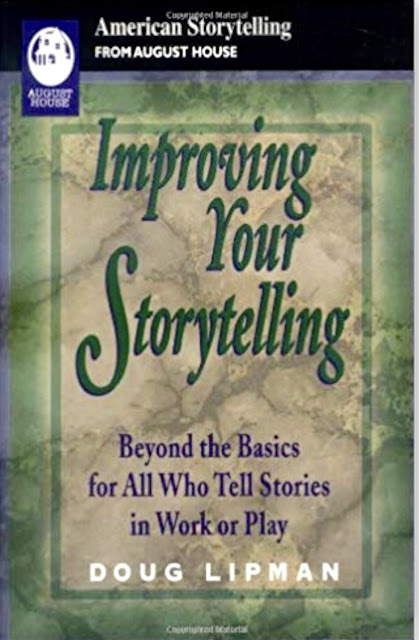