An end leads to new beginnings

Yes, I almost finished my first path and I want to take time to ponder on it,

My family organising a huge meeting at the beginning of September in Paris, where I did live long time. 23 years on the top of the Butte Montmartre hill, and twice seven years around the city. I have not been back to visit the city since 2012. And I lived in London now from 2008.

Will or not be I able to walk, ha to be seen. 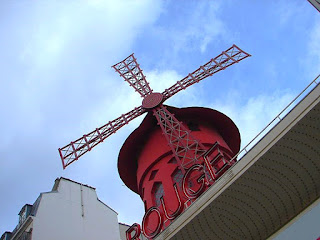 From 2004 I begun to walk Paris parts by parts, it was my project to "make and take" images from the less known city life. I did finish all 18 arrondissments before coming to London.

Here are a few from the beginning others and me liked specially.

Moulin Rouge is on the "other side" of the hill I lived and for some times I did not recognised it as my neighbourhood. Its cabarets and sex shops made me avoid them for a while, then I went to a photo walk at noon. So many children with their mother, old people walking around, it was a whole different mood at that time!
Attitude makes difference ! 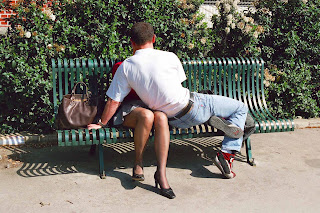 This was one of my first photo walks with my Paris documenting project, as I learned ABC of photography.

Not far from Bastille square, there is a park "on roofs." All others went fast as we finished.

I lingered as no one was waiting at noon for me. They did not look up, they did not even hear that I went by. And I decided, that instead of shooting them kissing, will take them from this angle.

I believe, it speaks even more.


Also on Bastille square, we met a few times with the other new photographers in this place. 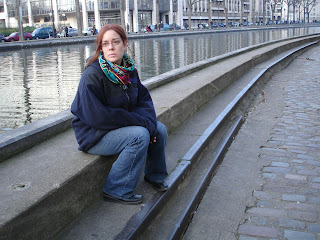 Being young, does not mean you are happy or in company.

I strolled alone along canal Saint Martin a fall day, and she was looking so unhappy!

As usual, tried to speak a bit, to listen, but she only said "I feel so alone!"

I felt less alone, after taking this photo. After all, I was with my camera, wasn't I ? 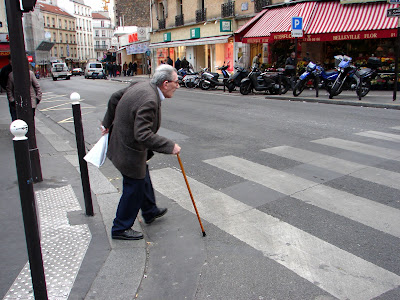 This one is one of my preferred one, taken from afar with big zoom and very fast before he crossed. At "only sixty something" I felt younger and did not need for sure a cane. Then.  The old man with his cane was out to buy a baguette and his morning journal early in the morning, also he did hesitate long and looked very carefully before crossing. 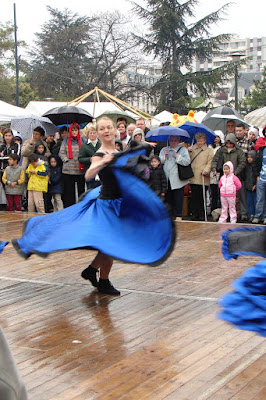 Look! The 1st May festival, they were dancing French Can Can in public. It begun to rain. All around took out their umbrellas and I asked to be allowed to take some photos from someone else"s. She continued dancing on the humid floor and with the rain coming down stronger and stronger on her shoulders. I did print this one big size and put in my living room for many years.

Courage, persistence in face of problems, continuing.
Same things needed to finish a path even when some wrinkles come along the way. Continue and do not stop, persist with courage. I admire those qualities and try to be like her, as much as I can.