How to tell "I finished this project"? More then one way to connect!

Yesterday, I was faced with yet another challenge.

"I have finished my Icebreaker, but the Base Camp does not want to recognise it."
Did you read my blog-post about finishing a project?
"I read many of them, but... how do I find this one?"
I have put now the Search my blog up, try it!
"Tried, read, but..."

OK. I now understood, that my blogspot was not detailed enough. I did not probably think of all that could happen on different computers and devices. Did not give enough pictures, perhaps. And too fast, forgot my own beginnings. 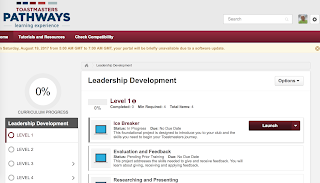 So I proposed a Zoom meeting, as usual.
It did not work. I looked later, to "try it out" I had the bad idea to try the "keep in the entrance" and he could not get in, and I was not used how to get him in.

But we did not renounce.
He called me on Facebook chat, with his iPhone, I went to my Chrome, as Safari does not let me chat on Facebook. We begun to talk to each other.

"My Macintosh is small portable, and already 5 years old!"
Well, mine is older then 5 years, yet it works fine with Pathways projects. Let us see what we can do. Show me your laptop!

It was not, as usual, a screen sharing. He showed me "in direct" through his iphone the Mac screen. We waited, till he found a way to put it straight. Then as he opened his Pathways he explained to me meanwhile that in fact he did buy a second, Printed copy path too.

Show me how you get into the Web Path, please and he did launch it.
Then a small rectangle popped up. We could not even see the arrow right and left.
Ah! I almost forgot that small rectangle of my beginnings, that I had to stretch out horizontally every time, and most of the time vertically too, to see what is under.

One day, my son, come to visit, and opened it up in one click. "How did you do it? " My son showed me, slowly. Look at the left upper corner's three small round holes, there have been on every window for so many years! One to open up, take all the screen. That is the one you need.

The second is hiding it without making disappear (if I remember it well).

From that day on, as soon as a project window pop up, I open it for all screen to see all. With time, I even learned, that I can ask in Safari to open up in a new tab, so when it does close, goes where I was. Now, stretch also down. "Yeah! now I can jump directly to Assess... beginning". We found it ok, already all checked. Now, go to Assess your skills at the end. 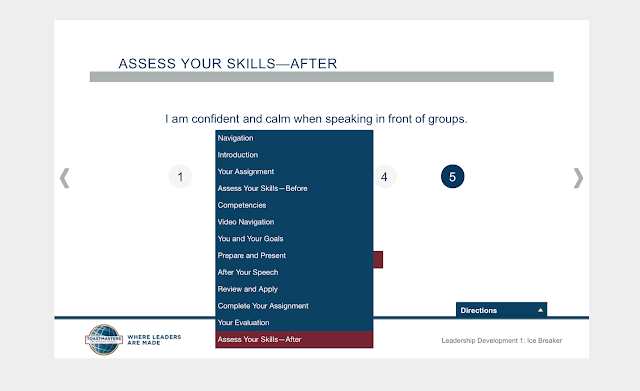 But yesterday evening, I just told my coachee to stretch the small window as large as the two arrows, go right and go left appear. And down, you can open and jump to any part of the project. 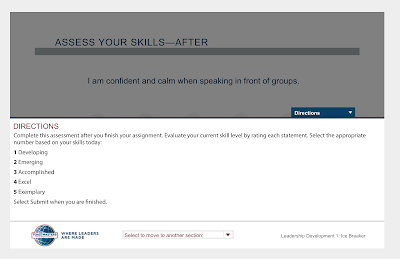 But then, another confusion: the Directions covered all Assessment points.

Yes, but now let us see the MORE and More. Do NOT try now to progress with the arrows, but using More.

We found out thus that his project was was not assessed all the way. So we did it together, then he saved the Before and After Assessments. "I now remember your blog post!" He did think, then clicked at after, More, After etc till the end then Saved all. 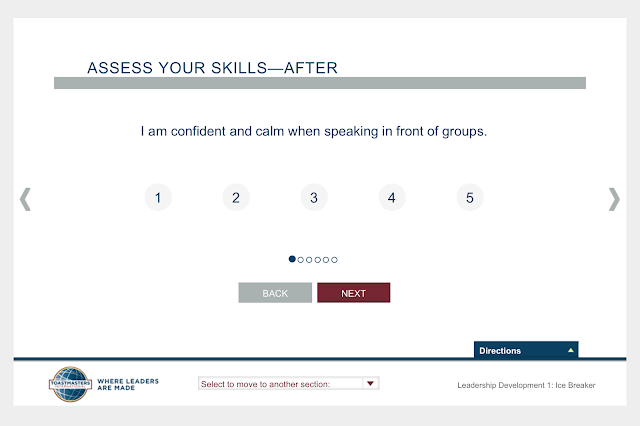 After we went back to the open Transcript, he found his Icebreaker as "finished"! He was happy now. And he understood how to do from now on.

We were both happy.

I learned different ways to coach, he understood some tricks. We learned to communicate with each other in new ways. And I learned to explain in even more detail from now on.

I may write a post in general about Pathways projects and what I learned and how, for those not yet on Pathways, but then another very step by step, for all those beginning and feeling lost in details.
Posted by Julie Kertesz - me - moi - jk at 07:38