Some projects you can not do alone!

Some projects we can do alone, if listening to feedback and incorporating it, for example, can be considered "alone". Other projects, you need a team to play along with you.

My next required project on level 4 of Presentation Mastery: 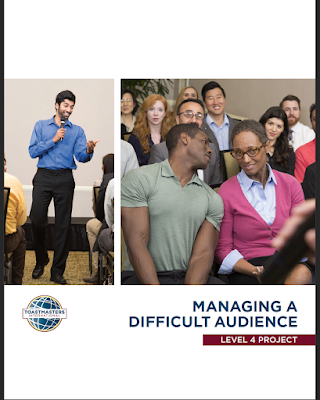 Well, I did have even if not often difficult audiences. First time it happened at a famous technical university. I replaced my husband, ill. He had a strong presence and voice.

Then, I come to speak instead of him with a very interesting material, but the students kept on speaking between themselves.

It was effective. After a time, they realised, something strange is happening: the professor is no more speaking!

Silence was their answer to that: exactly what I hoped for. I then told: "my voice is not the strong one they are used, but I have an interesting project to present. Those not interested, better go out and let the others listen."

After their stage, they come to me and thanked me for what they learned: "that was what I needed".

Another difficult audience was finally easy for me to handle: hackers in standup comedy. In fact, we had a great understanding of each other, once they realise instead of getting angry, I play as they ask in some ways, and answer tac to tac, but without mocking them. But that night was in fact more of a "role playing" as from the beginning, comedians and audience knew it was a special Hacker night. Material prepared in advance, repertoire I had but not used, come handy. 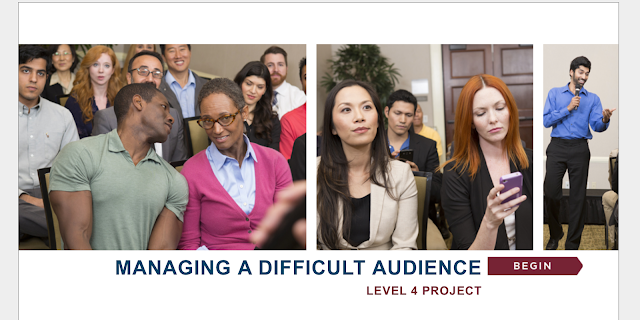 This time I am asked to "role play": give to four in audience their roles, and let see how I can handle their different interruptions, in a nice but effective way. It can be fun! Have to find a place to try it. 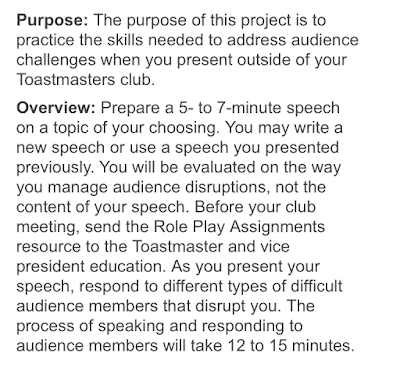 We do learn a lot of useful skills in Pathways, that we can also repeat and repeat, till it comes naturally. Leading a Panel, yesterday, was not bad, but still lot to learn about it. And yes, as I did not do yet or read the "difficult audience" I did not handle so well the interruption from "outside the room". So much to learn! Get into the game and try it! I am enjoying it more and more.
Posted by Julie Kertesz - me - moi - jk at 11:34