DCP des "points for the club to obtain". Till June 2020 it will be easier, as instead of just six, one has 12 choices to obtain them. One can take either of the 12 but one can not mix, putting 1 CC with 2 Level 1's. As before, one person can not have to of same.

And look well: only One Level 4 and One Level 5 a year! So as my club got already a Level 5, till end June can not register one more, at least for earning "points". 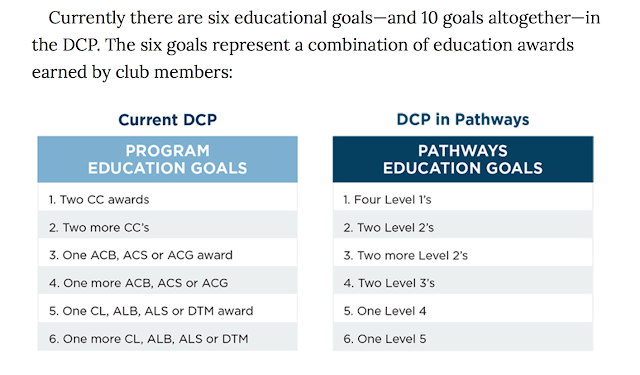 Having 12 choices is always better then only 6 Education Goals and the Levels come faster then the 10 speeches in the Traditional program.

And DCP ? Here is what I found in the base camp information for Guides. 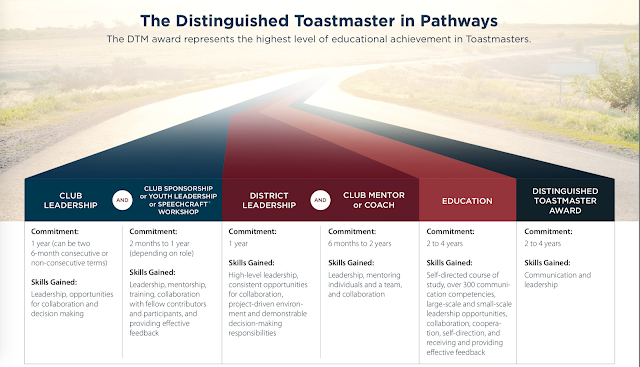 I wondered what was this, in fact a road that arrives to DTM as for now, in Pathways. Already three earned Pathways DTM, all the requirements and two path finished, also the DTM project. One from Australia, two from Singapore. Bravo for them, they all worked hard to obtain it!

Here they are compared in a text I found also on TMI. 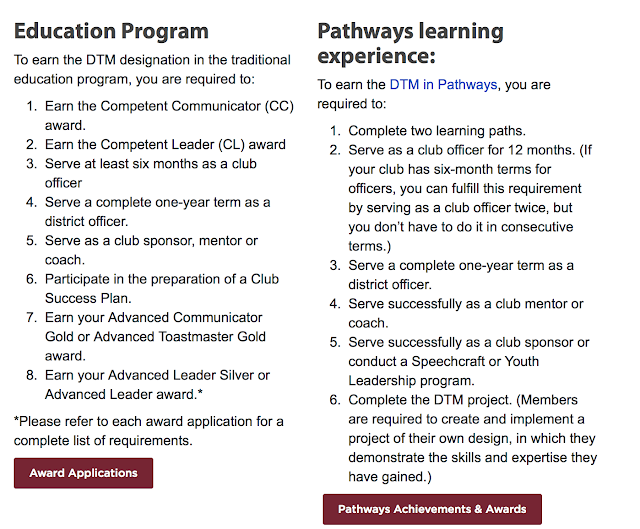 I always told and believed that one DTM was enough, but in Pathways... I am interested.