My old blog, my new blog 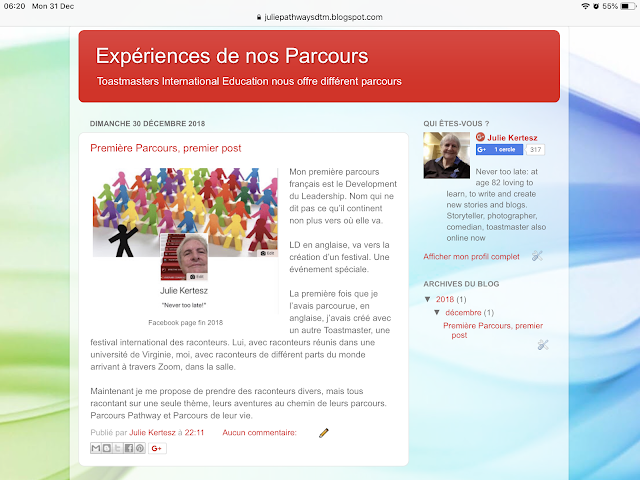 To be able explain how to create a blog, I had to create one. For the moment, it is a French blog, similar to this one. Path is translated by Toastmasters as "Parcours". I had to find a title, but the title can be changed, the web address not. Many things can be changed, others best remain as decided at the beginning. 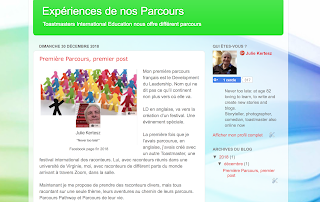 I did not like the Red background, chosen by me at the beginning, and changed it to green. Green is ok, but not this bright green. I can of course, change it any time. Later on.

I do not like either, the red blog titles. I had to see how they look. Happy, once I found how I want to arrange the Look and Feel of my blog, I can forget it and concentrate on the text, and images I want to add at each post. I wonder if I will be ready to write English and French every day, but at least I can try for 8 French posts from January? This time, I could make them in "order". How a newcomer needs to experience and get advice. 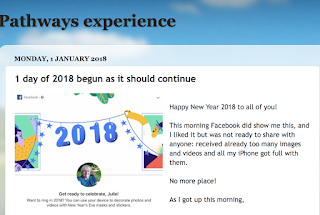 I found the post from 1 January this year! But no picture as good as this one for the 1 January 2019 post.

So I went to lookup my Flickr pictures Gallery, looking what did I publish at different 1st January through years.

Went all the way back to 2005 when I begun Flickr and Blogging, but the first pictures I feel I would like to show are from ten years ago, when I was yet in France. I took some pictures while waiting for a reporter and also in her presence. She published them in a Regional weekly magazine, January 2008. 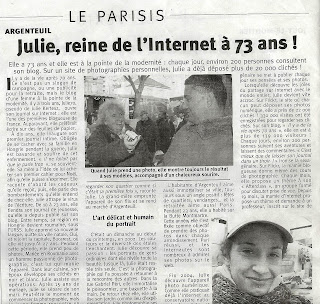 Well, was it before? I was looked of course as old and they spoke about me taking photos and blogging at the respectable age of 73 ! By the time it was published I was 74 but I do not like "4" that is the reason I tell that I am 85 years old, which I will be only in July really.

44 for or 1944 was the year I had to leave home, we had to hide, and more important when my cousin, classmate, friend, the same age then me was killed in the Holocaust. So I got an aversion for the 4. 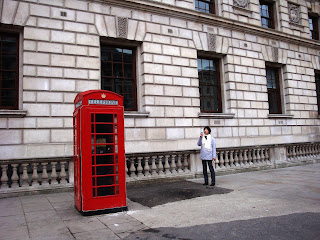 Next year, January 2009 I was already in London, and went to see the new year parade. Took a few very nice pictures of kids and clowns, and musicians, but this is the picture that become more popular on my photo site. Simplicity works!

The telephone boots are now only for tourists, and memory, some have "here web" on them so they serve in new ways.

In 2008 from July and 2009 to July, I went to every festival, before being absorbed by Toastmasters meetings and duties. Telling personal stories, listening to others become more important to me and went less out. 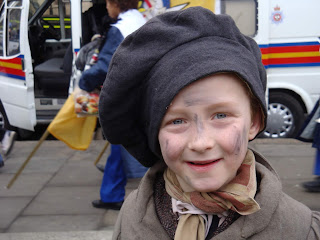 Here is the kid, they were playing Dickens Christmas characters, so happy to pose! One of my preferred portraits from the 2009 January parade.

I went year after year till 2013, anyway, before I broke my leg. Now, I will leave others to go, sunshine, rain or snow.

I am out there through my old pictures, telling my old stories, old memories remembered. There are so many!

I wanted to add at this post many pictures taken, telling how to create a new blog - then got distracted. Sometimes, it is not bad to let the words and images come as they want.

I discovered, I have created more then 20 blogs, some private only for family, some in Hungarian, French (ten years blogging), some with only photos or only videos. All in the past but they are there. This blog's best feature is that it can be read through any device.

The Theme is called Live on Blog and see how it is seen on a computer or a Mobile. In plus, going all the way down, it can be seen even on a mobile like "live on blog" then the search box and the archives can be also viewed. 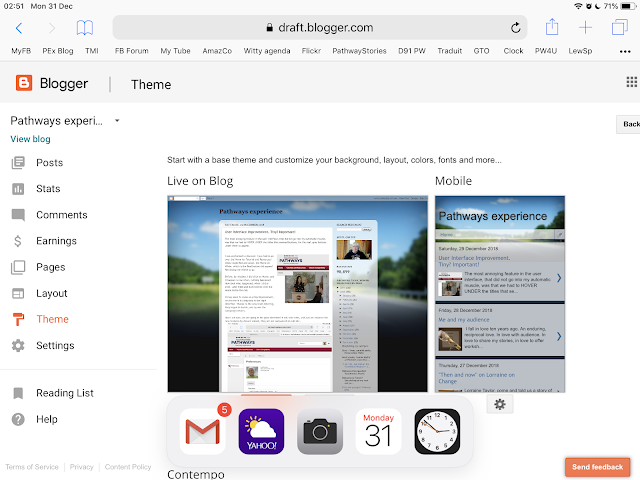 And yes, I created this post middle night because I forgot the one from Sunday... But I will schedule it to look as 11 pm yesterday, so to have my every day blog, and write a bit later on to finish the year, "day by day".
Posted by Julie Kertesz - me - moi - jk at 23:00