New committee are formed all over Toastmasters clubs. Pathways had tutorials for different things, but the tutorials on "how to" for the new committees are not about pathways, but so much inspired by Pathways, that I got to speak about them.

I did first logged in, to Pathways, and did chose Leadership Central, like here. Then went down, all the way to the CLUB OFFICER TOOLS, here in blue to show you I selected them.

A click of course, then opens them, and they are many "club officer tools". 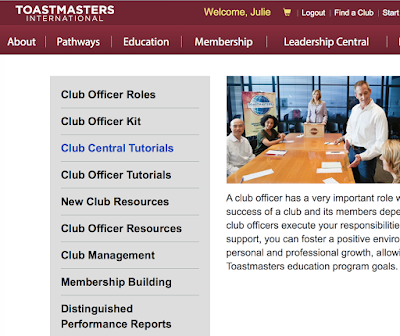 Between those, some strangely did now work for me. The roles were supposed to be short videos, and did not open.

All the others worked.

Some offering online manuals, as they are no more send. As president of a club, I downloaded some and send it to my committee and will to the future committee members to.

Most fascinating for me, were the Club Officer Tutorials: animations with voice!

Begins like this and see all that can be done within Club Central as a Committee member: 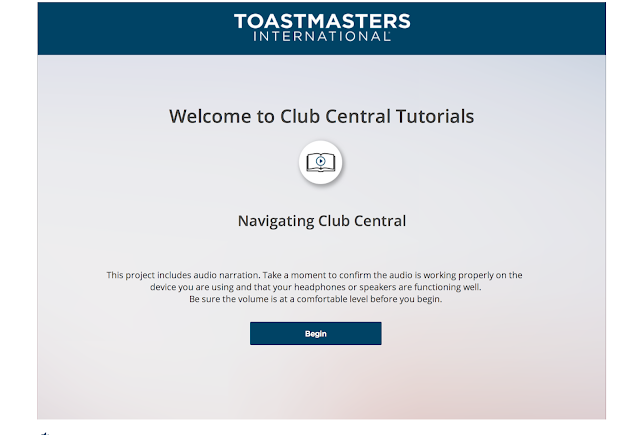 First you have to make a choice between Membership or Administration of the Club. New things available and old things explained: SHOWN with speech at same time. 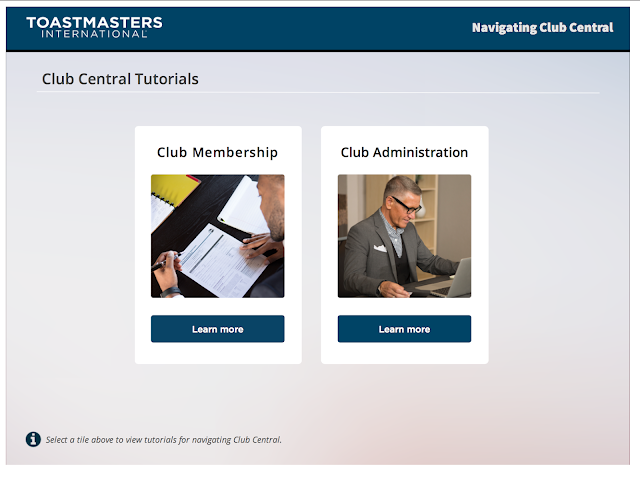 For example, for the Club Membership, I was curious what is said and shown about the Club Roster. 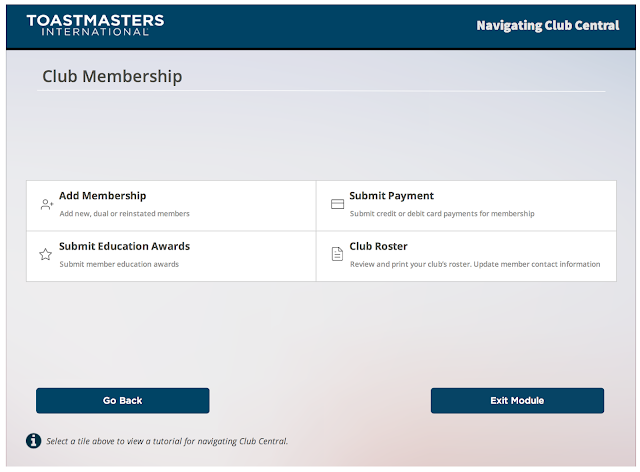 I discovered, that beside the thing I already knew, as on old hand, to sort, to save or print, it is from there that any member's data can be Edited. 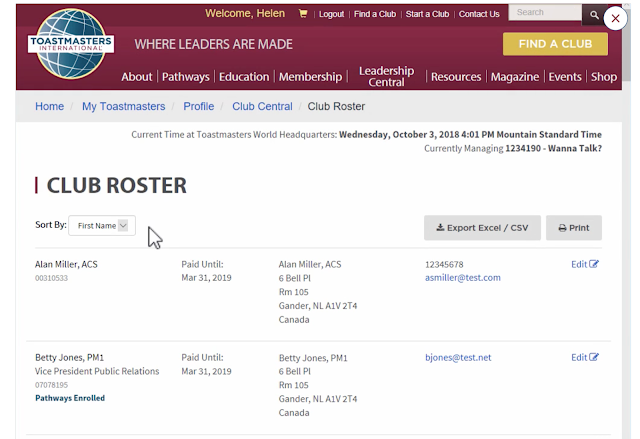 Till then, let me confess, I did not even see Edit at the right of each.

The animation goes on to show also how to edit and what a committee member can or not.

I hope, I vetted enough your appetite: go and try! Play with it, have joy listening, before even needed. Of course, alas, I think it is mostly for those who have some role (or will) in the club's leadership.

There are similar animations, were for long time, for the Base Camp Managers, VPE, President, Secretary, inside base camp, when we login like BCM instead of members. That is, for another day.
Posted by Julie Kertesz - me - moi - jk at 09:08