Where is Base Camp?

Yesterday, one of my mentees called me up and asked for help. "Where is Base camp?" Pause, "I am no more able to find it! What can I do?"

It takes time, to understand his question. As I knew, he was finishing his Level 1 already. He was on Pathways through an club in Pathways District, we were both attending remote control. He had lots of problems with Zoom, as it could not be accessed from the University he teaches at the meeting time. He had problems with Pathways, asking himself, and me, if he should continue with all those problems.

Now, a few weeks later, he told me he is so frustrated not being able to access his Paths and projects, that he even lost a client, not being nice enough, patient enough with him.


Without realising it, he got addicted and fell in love with Pathways!

We shared screen. I showed again how I get through TMI website, into Base Camp. Nowadays, as soon as I logged in to TMI, my bookmark takes me here, direct, and just by another click on the last rectangle "Pathways Base Camp" I am in. 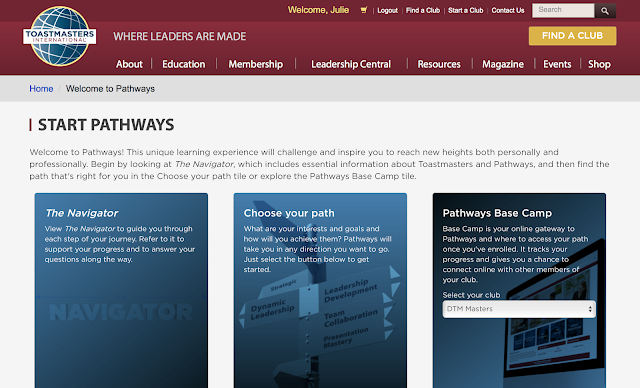 "But I do not get to that screen any more!
"Where do you get?
"I am send to the new rollout Schedule instead"
"I do not know : Why I do not get that?"
"You know. You did not pay!"
That was not very nice for me to tell him. But he understood and asked me:
"What should I do then?"
"Did you get a new pathways club?"
"Not yet. That club closed Remote access" was  the answer.
"X and Y did to remain in Pathways, paying it anyway"
Our "old, pathways" club, had to refuse remote access. I was member in two others by that time. 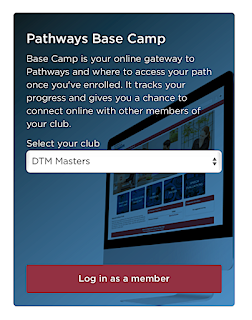 It is only 2 weeks after the new TM payment period. We were used too much for the GRACE, in the times, it was two whole month! Now, be aware, if you do not pay in your Pathways club, less then two weeks and you are out. As he did pay in his other clubs, not yet on pathways, he was directed towards the rollout in different Regions.

Notice also, the club or clubs if we have more then one are offered on choice, and we are asked to "Log in as a member" of the chosen club. When also Base Camp manager, we have choice we login as either of them. But, if you do not have a Pathways club, you do not even arrive at this screen. Just at the schedule when Pathways arrives to the clubs, you paid for.

Of course, my mentee, joined in less then one hour after our discussion another of the three clubs I suggested him.

Once we get addicted to Pathways and Base Camp and our Projects... we do not feel any more good without.
Posted by Julie Kertesz - me - moi - jk at 09:28

Two days laps, no paid dues and the link to base camp is disconnected.
What you got, path and projects remain, as as soon is you pay in that or any other pathways club you get it back.