Certificate of Recognition and how to get to it

Today, I received an email from Toastmasters International. Thanking for my work as Pathways Ambassador and instructions, how to get the Certificate of Recognition!

I followed the instructions, and here it is the certificate's screenshot to celebrate for five minutes or a whole day then remember how many Toastmasters I met during my work. 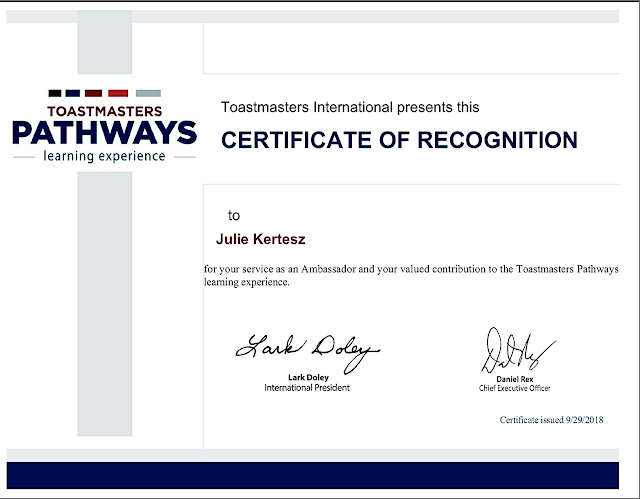 As you see, it is dated today, send yesterday. And here is the letter as I got it. It seemed strange they could not send it to me, not by post, as that costs printing money and postage, but at least in the letter. Well, in this way, I can print it as many times as I need or want it. 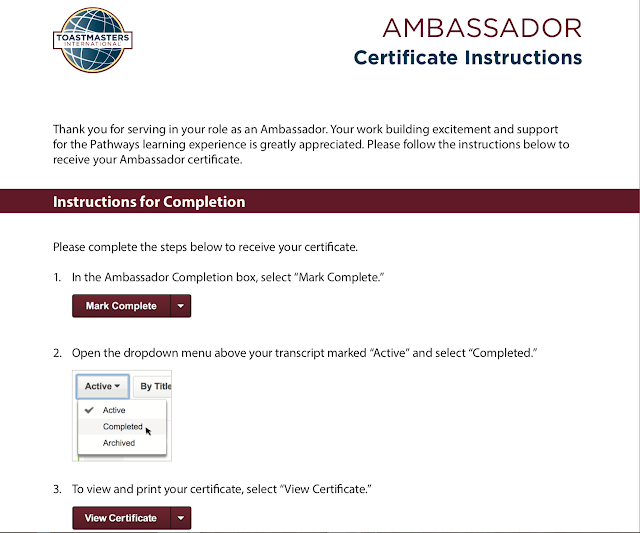 So I did Login (1) to the Toastmasters International website, went to Welcome Julie (2), and from there to My Transcript (3) which is the fastest way to arrive to my Active All Types. Oops! I had first to Launch (4) the Ambassador Completion, before getting to Mark Complete (5). No sweet, I went and did all of that : by now I am used to it. 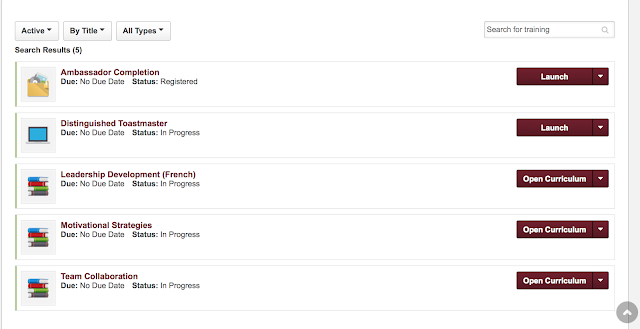 What I did in plus, was document some of the steps through which I went. After having clicked on Launch, the Mark Complete Appeared. As soon as I did click on it, the Ambassador Completion disappeared from Active.

Here I show only the top of Active "all types" on which I am currently working, before clicked on Mark Complete. The Ambassador Completion disappeared.

To find it, I choose Completed (6). All Types are here shown, but I had too many "All Types": Ambassador Completion was not between my Curriculum (Paths) is showed like a Material (7) and as Date Added was at the third page in bottom. But when I changed it to By name (8) it come up just after those beginning by a number. 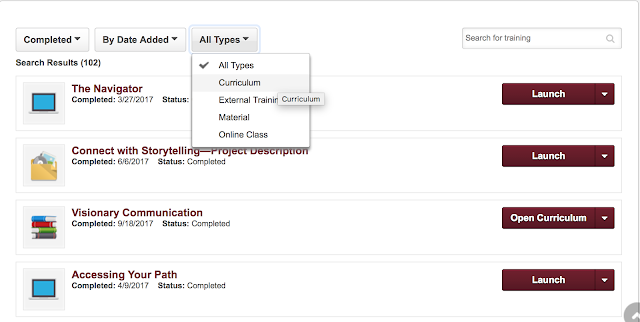 It was all sorted by date added, so the Ambassador completion was at the bottom of the third page! After I sorted it "by name" and choose only the Materials instead of All Types, the Ambassador Certificate come almost at the top.

As you see, now I could click on View Certificate (9), see it indeed and save it, print it, or make a screen dump (10). Was it worth describing all that?

10 steps to get to show my Ambassador Completion Certificate.

Yes, perhaps it is not the most intuitive interface, but once you understand how it works, no sweet, anyone can do it! Even a Pathways Ambassador or a Guide. I described it in this post, hoping if anyone has problem with them, they could learn from it. But also, somehow it seemed to me a bit like a parody. Instead to getting a nice printed certificate or plaque for all the work we did we got... instructions.

We, Pathways Ambassadors, went to a minimum of eight toastmasters clubs, for me nine at the end, presenting Pathways in some far away places. I got in one of them after two hours of public transport, bus and two trains, and then someone took me to the club with her car. Others were nearer, I could take a cab or go with bus and metro.

We had to convince each time the President or VPE to give us time and not one far away.

We worked with projectors we had to learn to use and a material we were given then we adapted and learned.

We met and interacted with many Toastmasters and their Guests, me and the Pathways Guides I worked, for me three different Guides depending on the club I went. Many wonderful if fleeting meeting, but as Ambassador I remained in contact with each club and some of the most interested members, more then the six month prescribed, month by month. They could ask me questions and I send them new material I found.

The interaction with the Pathways Guides did teach me Team work, work in a duo.

The interaction with VPE did teach me Negotiation. The Project I studied then from Dynamic Leadership Level 3 come just in time, as some VPE were sceptic about Pathways and its introduction and told us "7 minutes presentation is enough" or worse, even "we do not have time till April". In our Region, the Pathways was launched in March and at the end, we succeeded to present at least 50 minutes in February it in all the clubs we were given.
In all, being Pathways Ambassador was a worthwhile work and I learned through it. Relative to all I did for many month and I am still doing as much as I can, what does it matter ten steps to get to a Certificate that I can show you? In plus, I found something new I did not publish yesterday. 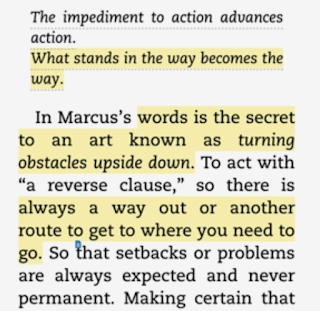 Marcus is also someone who wrote this thousand years ago, of course, even if I read it on my modern Kindle reading device. "What stands in the way becomes the way". Turning the obstacles upside down. Using the ten steps to print or show my brand new Ambassador Recognition certificate, to all of us understand better the different and indeed many ways we can see all the material we are offered through the Pathways Education. There are many, there are different, there are worth discovering, and once completed, they do not go away, even if they may disappear from a page. They can be found in another page, another section. Opened, launched, used again.
There is a way out or another route go get where we need to go. Problems, setbacks, misunderstandings are not permanent. Persisting, is worth. Reflecting, is worth. Showing it to others, I hope, it is worth too.
Posted by Julie Kertesz - me - moi - jk at 09:57

I have not got the Email/letter yet but I followed your instructions (I think I was able to do fewer steps :-)

Very interesting the response to Mike Burrows and Grace Jones (Pathways Guides) and my hour presentations. From very interested to very uninterested.